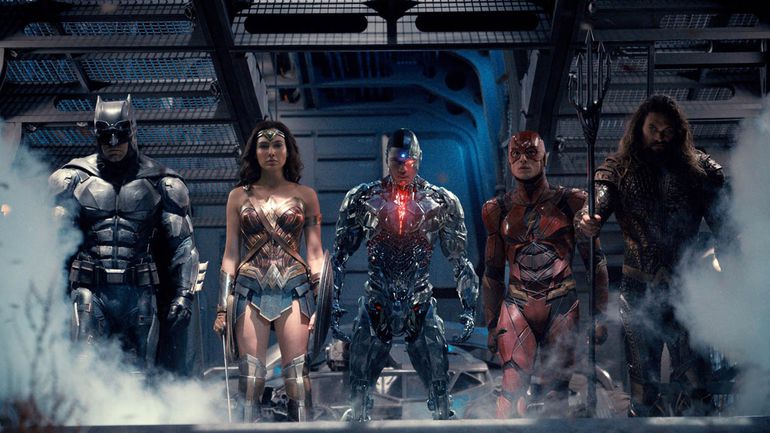 The Justice League is bad, but it’s also not the complete and utter slog Batman vs. Superman was. There’s certainly entertainment to be had, and I wouldn’t hate to watch it again. Unfortunately for the film, that’s largely to do with its incompetence. There’s a certain level of ineptitude that you just can’t help but marvel at. Pun definitely intended because oh boy, was this DC’s attempt to Marvelify their film universe. This is a film made by a committee to appeal to the widest audience possible. And it almost, kinda works.

The film’s strength is in its characters and the casting. Ben Affleck’s Batman and Ray Fisher’s Cyborg feel like the only misfires. Affleck’s Dark Knight worked so well in Zack Snyder’s bleak, shitty universe that it’s not really a surprise that he doesn’t gel with this Joss Whedonized version. (Also, that color corrected batsuit just looks bad.) Cyborg is basically a joyless plot point and isn’t given much character. Throwing in a “booyah” at the end doesn’t really count and felt incongruous with what the character had done up until that point.

Gal Gadot continues to shine as Wonder Woman, although less so than in her own film. Ezra Miller is a great addition as The Flash. He’s the only character who made the Whedon-added humor feel organic. It’s a shame we have to wait so long for his solo film. I surprisingly didn’t hate Jason Momoa’s Aquaman. I really wasn’t looking forward to seeing a dudebro who could talk to fish. But thankfully, he’s limited to one “my man.”

Although judging from the one underwater scene we got, Aquaman is going to look kinda terrible. But probably not as bad as this movie does.

Henry Cavill is probably the best he’s ever been as Superman. The best moments in the movie include him, and he gets to be classic Superman instead of broody, Zack Snyder Superman. (The man actually smiles and is shirtless for a good chunk of screen time which certainly doesn’t hurt.) That being said, Superman is also responsible for some of the dumbest moments in the film. Oh, and I can’t not mention that CGI upper lip. It’s what the film is going to be remembered for, and I kinda adore Paramount being such a little bitch about Cavill’s mustache. It also got us this Instagram post from the man himself. Worth it.

The fact that everyone is paying so much attention to bad CGI and an actor’s mustache probably says a lot about the quality of the film. The story is bad. The CGI is worse. And the villain is totally CGI with a terrible story. It all feels weirdly anticlimactic for the coming together of the world’s most famous superheroes. There’s nothing bombastic or grand about it. But hey, there’s some jokes about brunch.

Cake Rating: Pancakes keep with the inexplicable brunch tangents of the film.